Note: the browser you are using is out of date and this website may not work properly. Please upgrade your web browser.

By continuing to use this site, you agree to our use of cookies. Find out more

I’m passionate about people having the opportunity to access, take part and enjoy art and culture. There’s no single way and certainly no right way to do it. And if that’s not your thing, that’s fine too. But the opportunity should be there for everyone.

Tell us about your journey to becoming a trustee, how did you get to this point?

I started working in the cultural sector after graduating. Most arts organisations are charities, governed by a Board of Trustees and that was my first introduction to what trustees are. But to be honest they were a mysterious group of people, at best just names on the website (but no faces), who sat at the top of the organisation. There was a lot of mystery, deference even, and I‘ve found that organisations are often really poor at bringing together staff and trustees, introducing them to each other and fostering a sense that they are all part of an organisation working to achieve something together.

But because I worked in communications, events necessarily brought me into more contact with trustees and I started to understand a bit more of what they do. I thought that actually, given the right opportunity it would be a really great way of volunteering my time and skills, but also gain a better understanding of how charities work at a senior level and develop my own leadership and governance skills. And I wanted to demystify this group of people too.

So I kept an eye out for local opportunities. Then in late 2016, Freedom Studios had recently appointed a new leadership team and put a call out for trustees. I knew one of the Artistic Directors from working on a tour, and it was someone whose work and values I really rated. I’d heard of the company, again with values rooted in opening access to creative opportunities for communities, young people and emerging artists, which resonated a lot with what I believe in and want to make happen. But I was also unsure if I could just apply. Was I not too young at 24? Did I have enough experience when it came to it? What did I know after all?

So I had an informal chat with one of the directors, who explained where the Freedom Studios was at, what they were looking for in trustees and that yes, they would welcome my application. And that was the reassurance that I needed to put in my expression of interest. 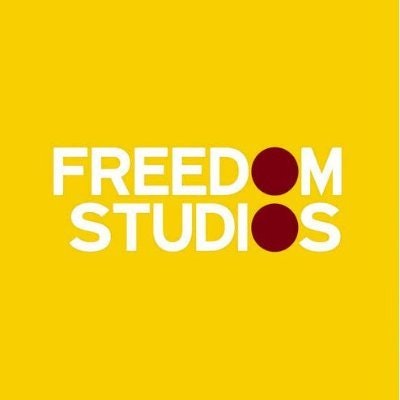 The process itself was really open and welcoming. There was another informal meeting over a coffee with a trustee and one of the directors, and an invite to observe a board meeting. After which I was asked if I wanted to proceed and the board voted me in.

Now I’ve been on the board for several years and have seen the company develop; we’ve said goodbye to longstanding trustees and welcomed new voices to the board (currently I’m one of two under 30 trustees). A trustee the role is really varied, from dealing with practical governance issues of budgets, processes and policies to actively advocating for the company and providing guidance, advice and support.

Where are you as a trustee? And what does your role entail?

Freedom Studios is a theatre company in Bradford whose mission is to be a home for emerging and established artists and create opportunities to engage communities with the arts. The company is led by two brilliant co-artistic directors, often creating work in non-theatre settings (anywhere from pubs and bus stations to abandoned buildings) and has a thriving youth theatre.

My favourite part of being a trustee is when I get to see the impact that the company is having. From sitting is a crowded pub audience, watching the audience reaction to the company’s latest production, to sitting alongside Bradford families as the youth theatre showcases what they learned and created over the term. It’s seeing people enjoying themselves and sharing their creativity together that makes me really proud of being a trustee of Freedom Studios.

What’s the biggest misconception there is about young trusteeship?

I think the biggest misconception about young trusteeship is that young people don’t have much to bring to the table. In reality they have just as much, but it’s different. And if organisations don’t really ask themselves what skills and lived experience they really want and need on their board, they may more quickly dismiss what young people could bring.

Any tips for other people looking for trusteeships or starting out as a young trustee?

Knowing what you are passionate about and want to help to make happen - after all you are giving your time and skills, so it needs to be something important to you. Also think strategically how it can fit with your wider plans, will help you to know better what you bring to the table but also what you will bring in future. Our contributions as trustees change and develop as we change and keep learning after all. And let people know what you are looking or it's something you would like to do, because you never know when an opportunity may arise.

Young people are at the heart of our movement. Ambassadors act as spokes people for the movement, they take a leading role in creating the strategy and help to facilitate other young people to be involved.

Join a 1 hour training session to understand the power of young trustees, have a framework to understand how to approach board diversity and take practical next steps.